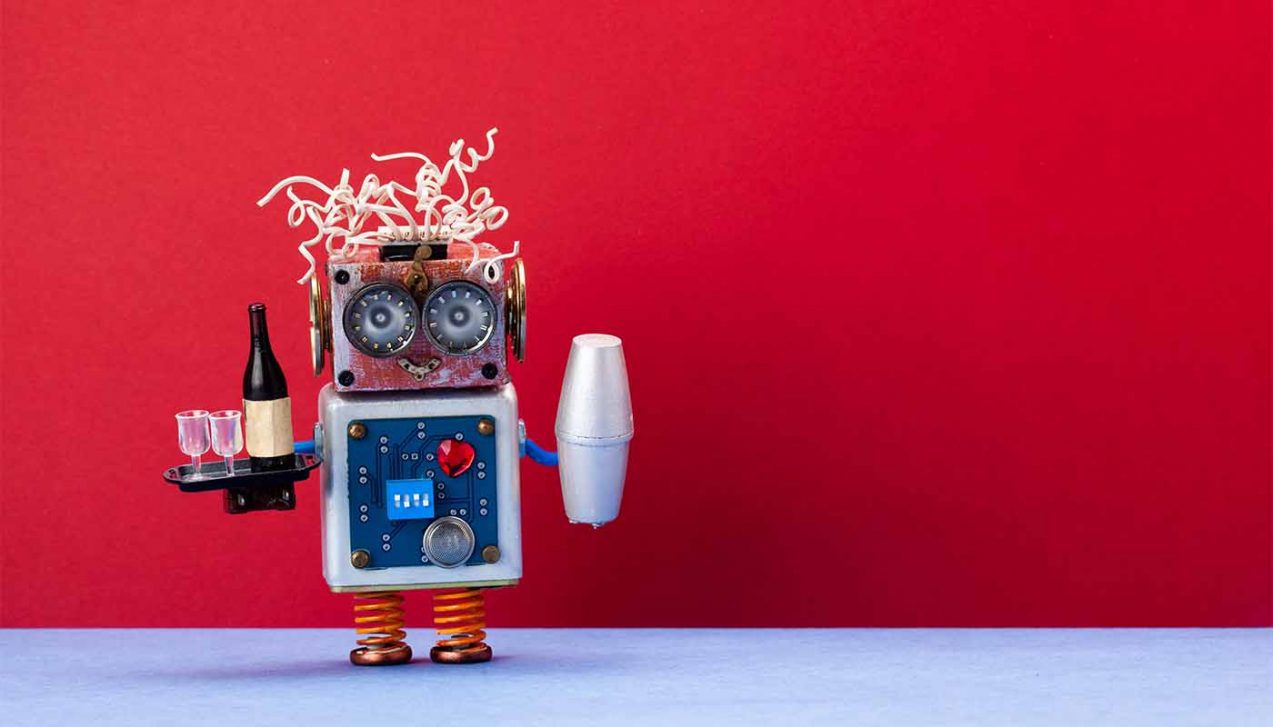 Artificial intelligence (AI) and its related technologies promise to transform the world we live in, but you don’t have to look to the future to see how important they already are. Arguably, the biggest breakthrough in AI so far has been deep learning and the technology is already making the world a better place.

We only have to look back at the previous 12 months to see how much of an impact AI technologies are making across all kinds of industries. Here are 10 ways deep learning changed the world for good in 2019.

#1: Helping doctors find people with lung cancer who would benefit the most from immunotherapy

Lung cancer is the second-most widespread type of cancer in the US and also one of the four most common forms of the disease in the UK. It’s also one of the most difficult to treat due to the fact that there are often no noticeable symptoms in its early stages, which means survival rates, even after treatment, are lower than many other forms of cancer.

To help doctors treat the disease more effectively, researchers from Case Western Reserve University in Cleveland, Ohio, and a team of scientists from six other institutions have developed a new AI model that identifies which lung cancer patients will benefit most from a new treatment called immunotherapy.

“Here, in a machine learning setting, we compared changes (“delta”) in the radiomic texture (DelRADx) of computed tomography (CT) patterns both within and outside tumor nodules before and after 2-3 cycles of ICI therapy. We found that DelRADx patterns could predict response to ICI therapy and overall survival (OS) for patients with NSCLC.”

While immunotherapy is a breakthrough in cancer treatment, it’s also one of the most expensive (roughly $200,000 per patient, per year) and it’s more effective against lung cancer demonstrating certain characteristics. This deep learning model predicts the effectiveness of the treatment so doctors can ensure it’s being used for the most suitable patients and protect others from expensive, ineffective treatments.

#2: Detecting Alzheimer’s with 97% sensitivity and 88% accuracy

In another major contribution to healthcare in 2019, scientists at China’s Henan University combined two deep learning algorithms to determine if a patient had Alzheimer’s, achieving 97% sensitivity and 88% accuracy.

“The advantage of the proposed model is that it combines the neuroimaging diagnosis with the clinical neuropsychological diagnosis,” they explained. “The diagnosis process is closer to the process of clinician’s diagnosis and easy to implement.”

Second Alert is an AI tool developed by Horacio Canales that enables people around the world to identify missing persons, such as human trafficking victims and children too young to remember their family members’ names. The tool was developed as a chatbot that users can access from any web browser, which asks them to provide information about the missing person in question – such as their name, age and date of disappearance.

Second Alert retrieves information from official missing reports and records from around the world and compares the information users provide to identify them. Users can also submit a photo of the person in question and the app will check its servers for matches and information assigned to the image.

#4: Discovering a new geoglyph in the Nazca lines

Scientists in Japan teamed up with IBM to innovate a machine learning model that helped them discover an ancient illustration in Peru’s Nazca Lines. Having manually identified 142 geoglyphs in the ancient site over the course of a decade, Yamagata University and IBM Japan built a deep learning algorithm to scan ten years’ worth of data to discover further geoglyphs that the scientists had missed themselves.

The success of the AI project has prompted Yamagata University and IBM to sign a joint agreement to continue their work, which could transform the way archaeological projects are conducted around the world.

One of the downsides of technology innovation is that it empowers criminals to orchestrate more elaborate crimes. To fight back, IBM returns with another deep learning platform, IBM Safer Payments, to detect fraudulent payments and protect people in an increasingly cashless society.

Salesforce is known as one of the most popular customer relationship management (CRM) software providers. The company has developed its own suite of machine learning tools, called Einstein, which are designed to help businesses manage sales operations more effectively.

It turns out that’s not all they can do though.

“The Salesforce Research team theorized they could train the Einstein Vision algorithm — ordinarily used for visual search, brand detection, and product identification — to process drone video and recognize the unique attributes of sharks, thereby identifying them without the need of physically tagging them. Working with McCauley’s team, they devised an innovative workflow for video capture and processing, all without ever touching the water. They dubbed it ‘Project SharkEye.’”

The deep learning system analyses “huge quantities” of video data collected by drones. So, instead of a human analyst having to spend one hour watching an hour-long video, the algorithm can extract insights from much larger sets of footage in a shorter timeframe. It’s now capable of distinguishing between different species of shark (those which are dangerous/harmless to humans), new sharks and already-counted ones, and identify non-shark objects like kelp or driftwood in shapes similar to that of a shark.

#7: Giving us a better understanding of angina

Back in the medical field, deep learning helped MIT researchers in 2019 discover that angina symptoms are the same for men and women. The findings bust a long-accepted myth that men and women experience the condition differently, which should lead to more effective treatment for all patients.

#8: Advising us on whether or not to sign software licence agreements

In today’s digital world, we’re constantly signing up to licence agreements for social networks, software tools and all kinds of platforms. And, despite knowing better, how many of us really read the terms and conditions of the endless list of digital services we’re signing up to?

Thankfully, DoNotPay – the company behind an AI “robot lawyer” – has developed a new tool that helps consumers understand what they’re signing up to with licence agreements.

The tool analyses licence agreements for users and highlights any loopholes, dodgy stuff and terms that they should be aware of before signing. So next time you get an email saying “we’re changing our privacy policy,” you can run it through DoNotPay for a breakdown of the key changes that affect you.

#9: Helping botanists analyse plant structures to understand how they respond to climate change

As the climate crisis and extreme weather patterns intensify, it’s becoming increasingly clear that we need to rethink our approaches to power, food production and other life essentials. Sadly, we still lack the scientific understanding to make effective changes in many of these areas – such as how climate change is going to affect plants and rare species.

With time running out to gain the insights we need to take informed action, scientists are using AI to speed up the research process.

“Researchers have developed machine-learning algorithms that teach a computer system to analyze three-dimensional shapes of the branches and leaves of a plant. The study may help scientists better quantify how plants respond to climate change, genetic mutations or other factors.”

To assess the impact of environmental factors on plants, a growing number of scientists are using 3D laser scanning to record the entire structure and fine details of plants in a way that 2D images can’t match. These details are then fed into databases that can be processed by deep learning models to spot patterns much faster than previously possible.

This speed advantage could be crucial in the battle against climate change.

#10: Wrote a new Harry Potter book called ‘Harry Potter and the Portrait of what looked like a large Pile of Ash’

On a somewhat lighter note, AI has done for us what J. K. Rowling refuses to do by writing the next chapter in the Harry Potter series. Harry Potter and the Portrait of what looked like a large Pile of Ash isn’t as tightly written as the work of Rowling herself, admittedly, taking a more liberal approach to grammar and generally not making any sense.

However, it does conjure up some wonderful mental images, such as Ron Weasley “doing a kind of frenzied tap dance”. There are currently no rumours of Daniel Radcliffe reprising his role for a film adaptation of this latest chapter, but the films are never as good as the books anyway.

So there you have it, ten ways deep learning made the world a better place in 2019 – not bad for a technology that’s still in its infancy and only improves as it gets more data to feed on. Which, hopefully means we’ll get to see even more ways deep learning is changing the world for the better in 2020 and, who knows, we may even get a few more Harry Potter books out of it in the next decade.

If you’d like to find out how we’re using AI to improve campaign performance for our customers, check out our software Apollo Insights.

With over 12 years’ experience in search engine marketing, Henry has extensive knowledge of paid search strategy and delivery. He has managed advertising campaigns for companies of all sizes over a wide range of industries, from start-ups to multinational partnerships with seven figure PPC budgets. Henry joined Vertical Leap in 2012 as a PPC specialist, managing and delivering campaigns for clients and has since become one of our Data Scientists. He has what could be considered an obsession with data analysis; measuring and tracking everything he can in order to fully understand how our adverts perform. In his spare time, Henry enjoys 3D printing, Dungeons & Dragons, home brewing, and golf. 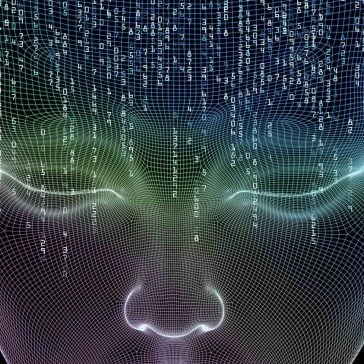 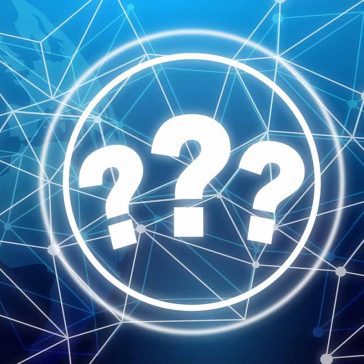 Data science for marketers: Your FAQs 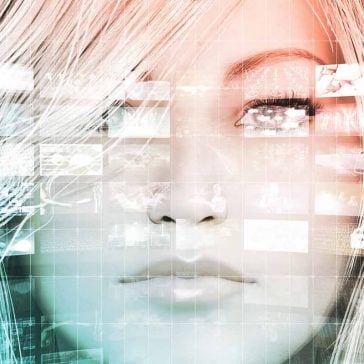 5 signs you should invest in data science