Brands that are rocking the 2018 World Cup on Twitter

The World Cup is the largest single sporting event in the world, coming around every four years. Several large brands have paid tens of millions to own advertising and sponsorship rights, and FIFA works hard to stop other brands capitalising on its crown jewel event.

That doesn’t stop many products aligning themselves with World Cup fever. These brands have shown that you don’t have to break FIFA’s intellectual property rules to claim a bit of World Cup glory.

Irn-Bru – Scotland in the Maldives

Scotland didn’t qualify for this year’s World Cup finals. The famously Scottish drinks brand, Irn-Bru, has played on this by giving away a holiday in the Maldives.

Irn-Bru’s Twitter campaign took the idea of the Scottish national team taking a holiday instead, and  extended this to include a competition for fans. 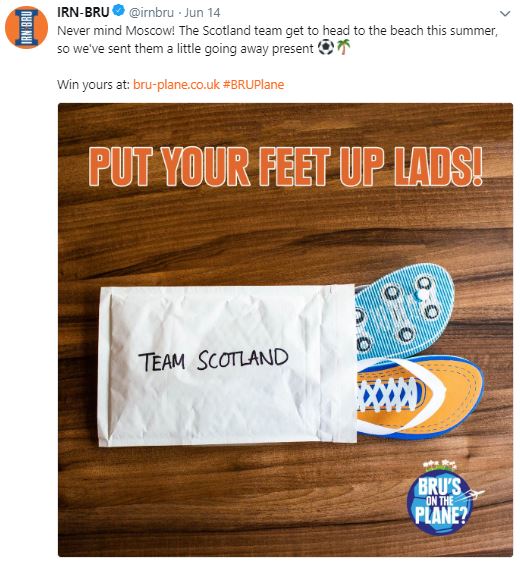 Irn-Bru then poked fun at ITV’s studio decor, by suggesting that Lee Dixon was sitting inside a bottle of the distinctively-coloured drink. 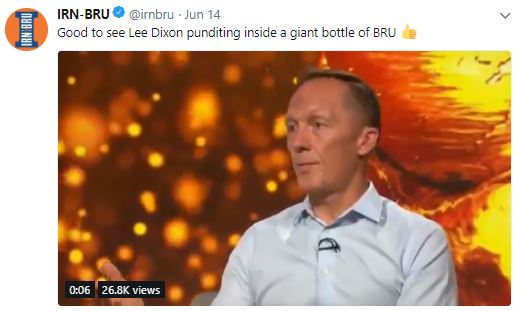 Irn-Bru’s pinned tweet is a video of a man being injured by a small wave on a beach before being treated by a magic sponge and a bottle of Irn-Bru, complete with football-style commentary. You can watch the video here. 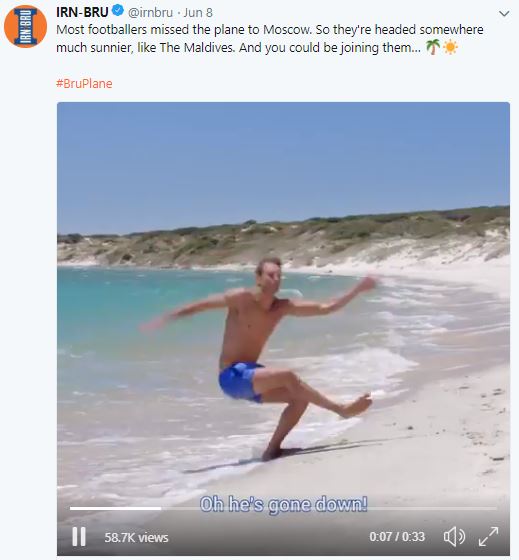 Carling isn’t an official World Cup 2018 sponsor, but it is a big player in the Premier League. The beer brand has used this status to talk about the World Cup, while being careful not to mention the World Cup by name.

There’s this tweet, featuring some of the top stars at the tournament in an animated GIF. 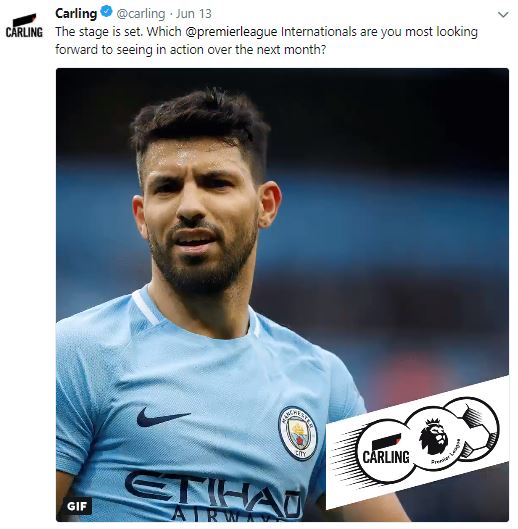 Carling is also giving away £1,000 cash prizes to customers who find golden cans. The pinned tweet cleverly suggests the golden can as a golden trophy, and the prize-driven campaign ensures visibility for the brand in parallel with the World Cup event. 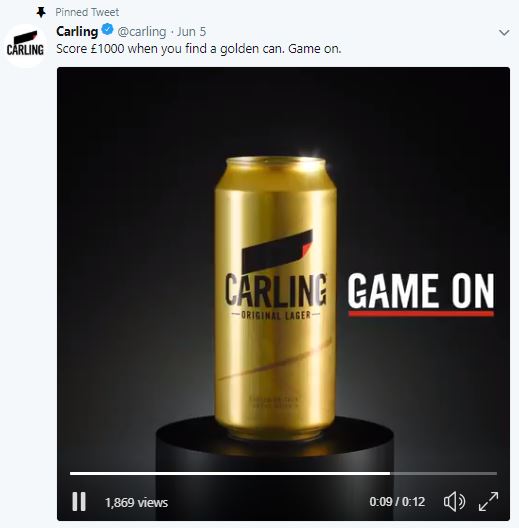 Kellogg’s and Pringles get in on the action

Kellogg’s Wholesale tweeted this display of Pringles in the shape of a football stadium – much to the delight of Pringles, who retweeted it. 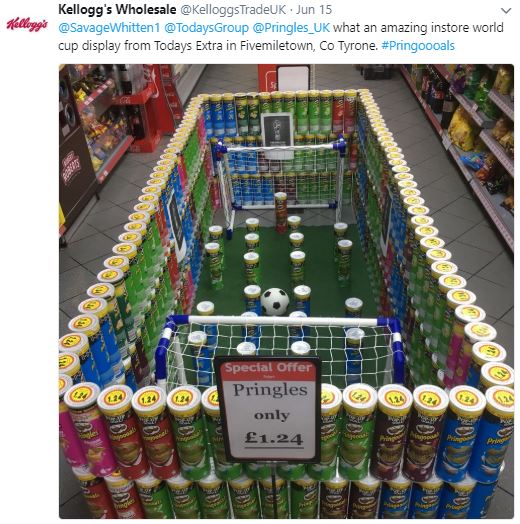 Pringles has itself teamed up with Rio Ferdinand and Daniel Sturridge for a campaign about goal celebrations. 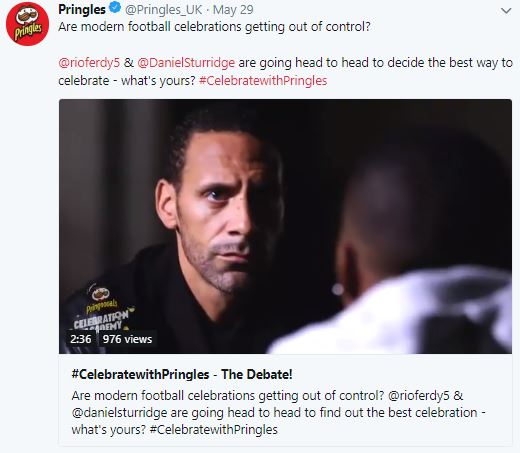 Speaking of goal celebrations, Sport Relief has taken advantage of some ready-made England footage for this tweet. 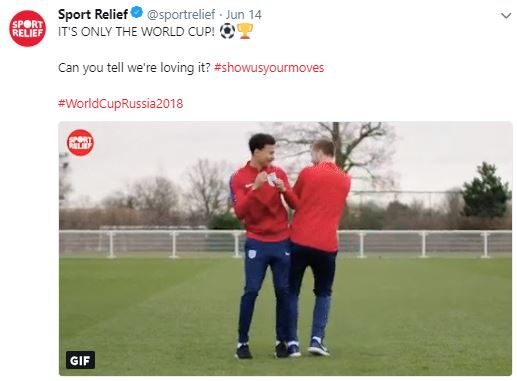 Did you miss our World Cup 2018 interactive report?

We collated heaps of data from previous World Cups to see if it was possible to predict the winner. Here’s what we discovered:

Can data predict the winner of the World Cup? 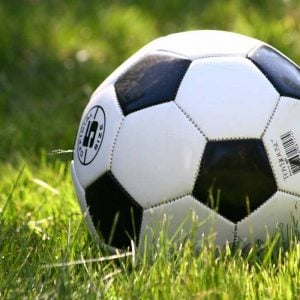 Can data predict the winner of the World Cup? 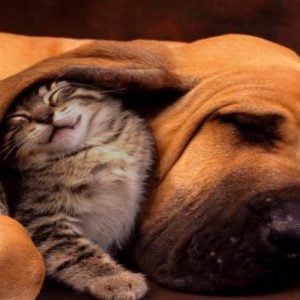 Data is not a four-letter word 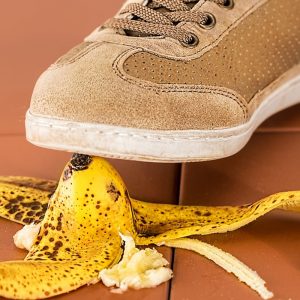 Social media fails and wins – 10 lessons for us all