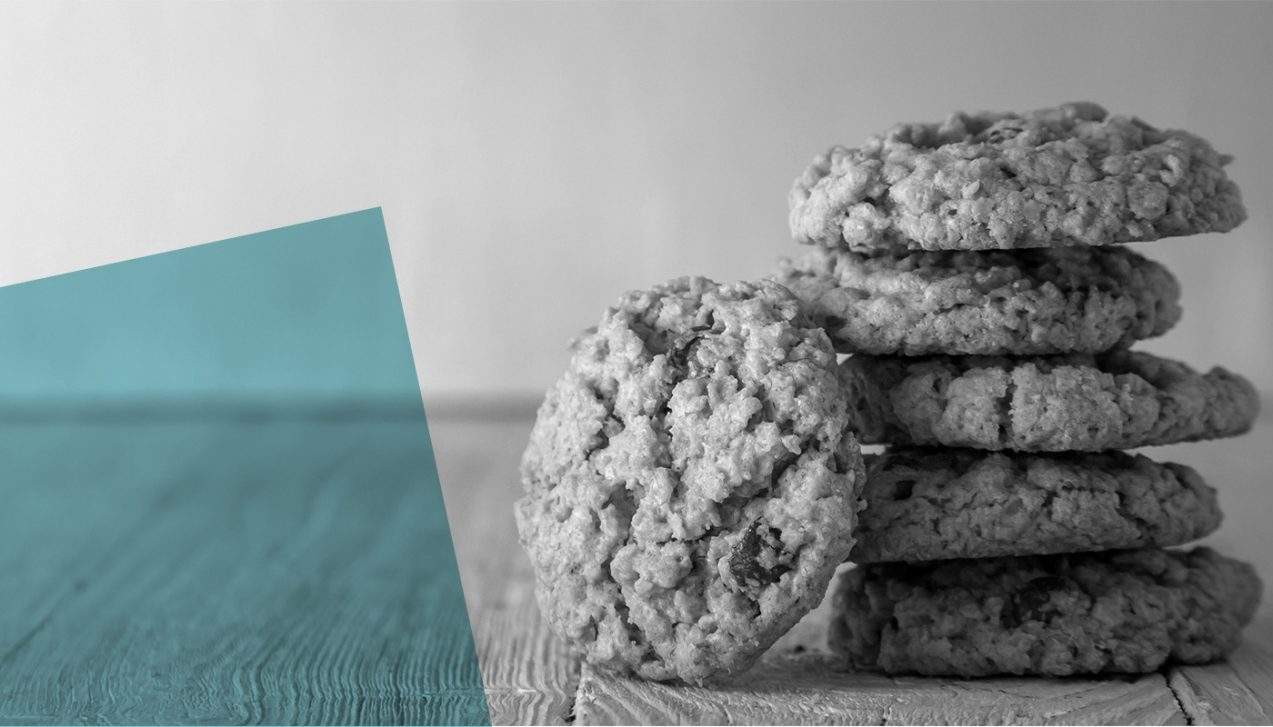 One of the most important developments in the PPC and digital advertising industry is the shift away from targeting methods that rely on using people’s personal data. In fact, the move towards cookies-less browsing and new privacy measures is so significant that it featured as one of our top PPC trends/tips for 2022.

Google Product Director, Vinay Goel, published a post on the company’s blog page, The Keyword, on January 25 announcing the new Topics API for Privacy Sandbox. In the article, he confirms that the Topics proposal will replace FLoC, Google’s first attempt at delivering a tracking system that doesn’t rely on tracking users’ personal data.

Google’s FLoC proposal centred around grouping users anonymously into cohorts based on shared interests they show while browsing the web. Rather than targeting individuals, FLoC would have allowed advertisers to target these shared interests without using cookies or any technology capable of identifying individual users.

However, Google’s FLoC proposal drew criticism from privacy activists and key figures in the industry over concerns it would enhance the search giant’s dominance in digital advertising and create more privacy concerns than it would solve.

Google responded to the feedback by delaying the proposed implementation of FLoC and, now, it has abandoned it altogether.

Apple and some of the biggest names in web browsers have already blocked various forms of third-party tracking. Meanwhile, Google is trying to figure out a system that satisfies growing demands for privacy protection without sabotaging its advertising system, which relies so heavily on user data.

How is the Topics API different?

Vinay Goel’s Topics announcement doesn’t give us a huge amount of technical detail about the inner workings of the API so we don’t know as much as we did about FLoC. This will change as Google releases more information about the technology and analysts have time to assess it in more detail – as they did with FLoC.

Until then, we can only go by the information provided in Goel’s article on The Keyword.

With FLoC, users would have been grouped into more than 30,000 cohorts and, crucially, the technology was going to use individuals’ browser history to group them into these cohorts with other users.

The Topics API works differently by temporarily assigning interests to users and deleting information on a tri-weekly basis.

“With Topics, your browser determines a handful of topics, like ‘Fitness’ or ‘Travel & Transportation,’ that represent your top interests for that week based on your browsing history. Topics are kept for only three weeks and old topics are deleted.”

Again, this relies on users’ browser history but Google insists the Topics API can’t be used by other parties to create “fingerprints” of individual users – a key concern with the FLoC proposal.

Vinay Goel also explains that Topics reduces the total of interest topics to 350 more general interests. In addition to reducing the number and specificity of interests, Topics will only assign three interests to users and store this data for a maximum of three weeks before deleting it.

“Topics are kept for only three weeks and old topics are deleted. Topics are selected entirely on your device without involving any external servers, including Google servers. When you visit a participating site, Topics picks just three topics, one topic from each of the past three weeks, to share with the site and its advertising partners.”

Another key point is the Topics API will only assign topics to user devices without sending the data to any external servers. This rules out any cross-device tracking, which would avoid any issues with Apple’s App Tracking Transparency (ATT) feature that rolled out with iOS14.5.

Goel also says Google is developing user controls in Chrome that will allow them to see which topics are assigned to them, remove any they don’t like and disable the tracking feature altogether.

What are the FLoC critics saying about Topics?

Criticism of Google’s FLoC proposal was intense among privacy advocates and rivals in the browser field. Regulators weren’t too impressed either with the UK’s Competition and Markets Authority (CMA) and regulators in the EU both opening investigations into the proposal.

Several major browsers publicly rejected the proposal and refused to implement the technology in their products.

Concerns were raised about the volume of interests FLoC could assign to users, the opt-out nature of the system, advertisers accessing browser data from users who haven’t even visited their website, the implementation of FLoC IDs and the risk of companies combining datasets to identify individuals.

Privacy-centric browser Brave was among the strongest critics: “FLoC adds an enormous amount of fingerprinting surface to the browser, as the whole point of the feature is for sites to be able to distinguish between user interest-group cohorts.”

Rival search engine DuckDuckGo raised similar concerns, arguing that “FLoC is bad for privacy: It puts you in a group based on your browsing history, and any website can get that FLoC ID to target and fingerprint you.”

With the Topics API, Google is addressing many of the concerns raised about FLoC. First of all, it’s drastically reducing the number of interests assigned to users and deleting user data on a regular basis.

Vinay Goel also specifies that Google is working on user settings that will allow them to control the interests being assigned to them and opt-out of the feature altogether. This still sounds like an opt-out system of sorts, though, so we’ll have to see how these settings are implemented and whether they satisfy privacy demands and GDPR regulations.

It sounds like Topics won’t have the ability to track users across devices, either – so that’s another key concern eased.

This suggests Google is taking the feedback seriously but the key detail missing from Goel’s announcement is how the Topics API will handle user IDs. The system needs to assign interest topics to users somehow and critics will want specific information about the inner-workings of this ID process before passing judgement on the Topics API.

What does this mean for advertisers?

In the immediate future, Google’s Topics API proposal isn’t going to change anything. In fact, it’s likely to maintain the status quo for a little longer now that Google is starting from scratch with a new Privacy Sandbox proposal, which will take time to test and optimise. It also remains to be seen whether the new proposal will ease enough concerns to satisfy critics and regulators.

Either way, advertisers have to accept that the old days of targeting are coming to an end. Google will do everything it can to provide effective targeting options for its advertisers but it’s difficult to predict what shape this will take.

Hopefully, we’ll get more technical information about the Topics API over the coming weeks.

As our advertising team explains in our top PPC tips and trends for 2022, the best thing you can do now is to diversify your advertising channels to reduce your dependence on any one platform like Google.

It turns out Google was barely affected by the App Tracking Transparency (ATT) feature rolled out in iOS14 – at least, not in terms of revenue or stock value. Meanwhile, Facebook has been hit hard by the privacy feature and the network expects to lose another $10 billion in 2022 as a result of the feature.

Companies that rely on Facebook advertising to generate revenue are also suffering. The lesson is to diversify your channels so you’re never overly reliant on any of them when things change. The same thing applies to being overly reliant on PPC, in general, instead of having a robust SEO and social media strategy.

Has your PPC strategy been affected by cookie-less browsing?

If your PPC results are suffering after the iOS14 update or you’re concerned about the impact of cookie-less browsing, our advertising team can help you adapt your strategy. Call us on 02392 830 281 or fill out the contact form below to arrange a chat. 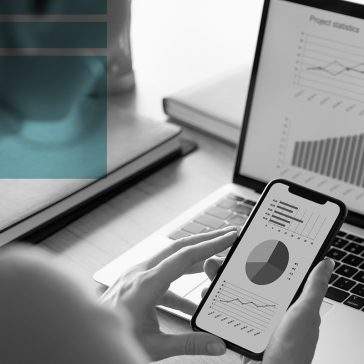 Why bother with PPC if your SEO is doing great? 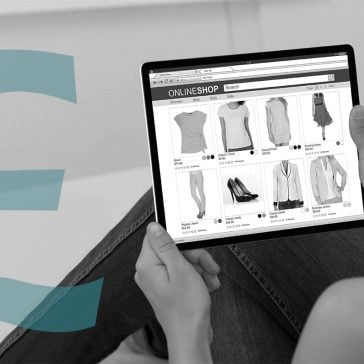 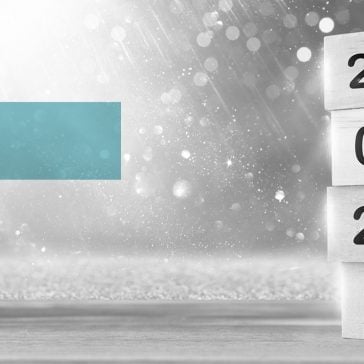 PPC advice for 2022 from the Vertical Leap team

Our free health check will reveal quick fixes you can make to your website to improve its performance.
Get a free PPC audit